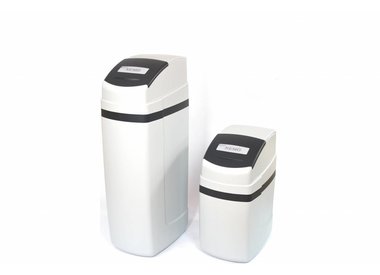 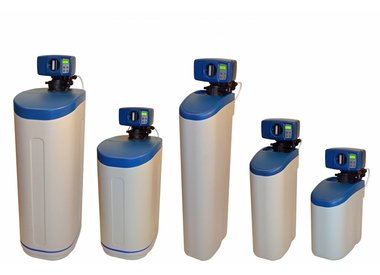 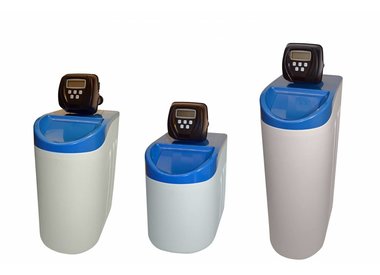 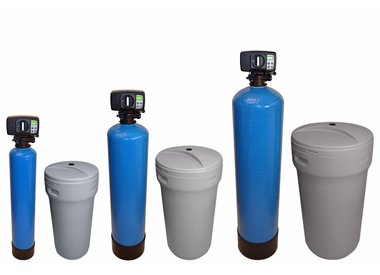 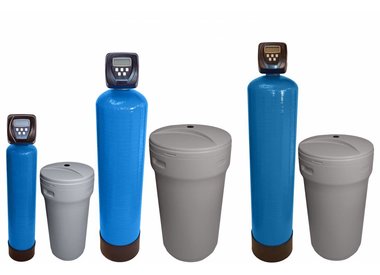 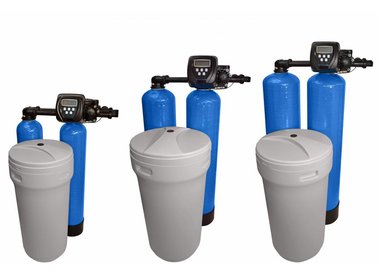 How Does Water Softening Work?

We use two different types of central control valves for the cabinet and single tank softeners (Clack and BNT). All control valves are available with volume time control (so-called fully electronic control system). We offer the double tank softener with the actuators of the company Clack. Opposed to the normal double tank softeners, each pressure tank of the double system of Clack can be equipped with an own actuator. These control valves are connected through a motor driven 3-way valve. The use of this water softening system with two actuators enables high operational safety, due to the fact that if one actuator is damaged the water softening system won’t malfunction, but can be operated with the second valve.

Regeneration of the Water Softener

The process of the water softening can be reversed as regeneration for the water softener. For this purpose, sodium ions are offered to the ion exchanger in surplus. A saturated solution of sodium chloride can be used, which can be produced by dissolving common salt tablets, for example. If the system is in operation, you have to pay attention to a sufficient development time of the brine of at least five hours, before the saturated sole can be used for regeneration.

Water Softener Resin Suitable for Use

We are upgrading the water decalcification system for the drinking water treatment with a resin, which has an approval for drinking water and food. For systems for the technical area, where a softening of 0,1 ° dH is mandatory (boiler houses, before reverse osmosis), we use a resin with a monodisperse (monospheric) grain size distribution with an extremely fast exchange kinetics.

Do you have any questions regarding our water softening systems?

Get in touch with us for consultation!